The bike industry is always looking for the next greatest thing.  Well, we think we’ve found it.  Take a look at the hottest new trend from an up-and-coming bike company.

New to Jenson USA, a young up-and-coming brand that is bound to excite. Join us for kale chips and popsicles in welcoming Parva Rota, the modern upstart Italian brand that is taking their namesake literally. Founded in 2007, Parva Rota started as an alternativist brand specializing in glass-blown frames. In the last 5 years, however, the brand has used their flare and cult popularity to break into a larger market, and has begun working on a small production line of bikes for people who want in on the action.

Finding that standard tire sizes and fragile material choices were the most limiting factor of their bikes, Parva Rota has dared to go to the extremes to find the pinnacle of performance for every frame they produce. This has led to a series of new tire/wheel standards that they think will catch on with riders and the industry alike. Parva Rota has begun offering complete builds on all of their frames.

Bucking the current trends in cycling, Parva Rota are now defining the cutting edge of efficiency, comfort and style for the urban environment, and the cross country and freeride mountain bike scenes. We are proud to be bringing aboard their new complete line of bikes for 2016.

This bike sells a unique statement, but it handles surprisingly well, especially while climbing. Lead frame builder at Parva Rota, Miscellini Vox, the Italian son of famous German Engineer Hans Vox, originally built his prototype for the underground hill-climbing scene in his hometown of Cortina d’Ampezzo. The races where brutal, anything goes climbs, with few rules; show up on anything steel, with cranks and 2 wheels. With help from his father, Miscellini designed an unusual bike.  Setting the stage for this build, with a focus on maximum traction from the rear end, is a larger than life 26×4.0 rear tire and a wide range cassette. Then, a standard size front wheel with an ‘oversized’ 45c slick helped to iron out chunky asphalt and dirt on the loose roads along the Dolomites. Ever since the hill climbing scene went defunct in the mid 2000’s, demand for the unique looking bike as an urban cruiser inflated until Miscellini’s shop capacity for the unusual bikes, along with standard road and mountain bikes, forced him to look into Asian production in 2013. 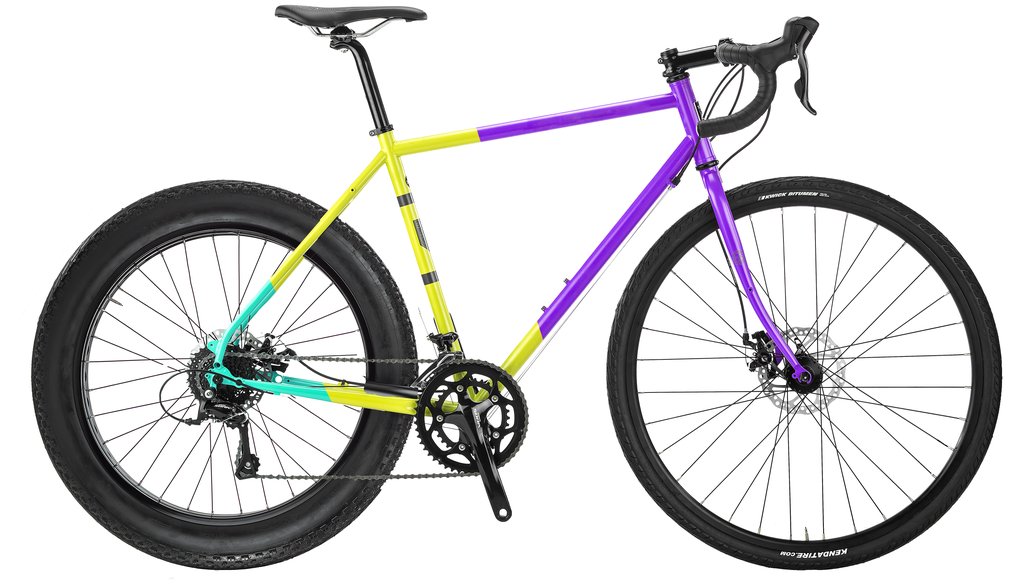 In keeping with Miscellini’s unusual yet sought after designs, Parva Rota made a splash in 2010 when his first custom 29er mountain bike, the Momentus, was produced. Originally designed for local XC Racer, Alfonsa Gemenia, the steel bike has an aggressive geo including a 73 degree head angle and radically skinny tires for marathon climbing on asphalt and dirt. Alfonsa went through the 2011 Season racking up wins across Italy, France and Spain in the ultra long distance category XC races. After his multiple wins, demand, again, rose and the newly formed Italian XC race team, Farmichimico Officinali asked Parva Rota to build frames for their team.

In 2012 the Team racked up 36 podium finishes out of 40, Northern Italy Racing League, sanctioned long distance races and people noticed. An investigation was launched by the NIRL in conjunction with the UCI, and it was found that the Team’s bikes had been illegally modified to accept high torque electric motors that drove the cranks from within the seat tube. After that season and an out of court settlement, Miscellini’s shop brokered a deal for 2014 to partner with a larger manufacturer in Taiwan to give the people a legitimate group of bikes equipped, or ready to be equipped, with the latest mechanical advantages, continuing with Parva’s original brand image of bikes that always take speed too seriously. 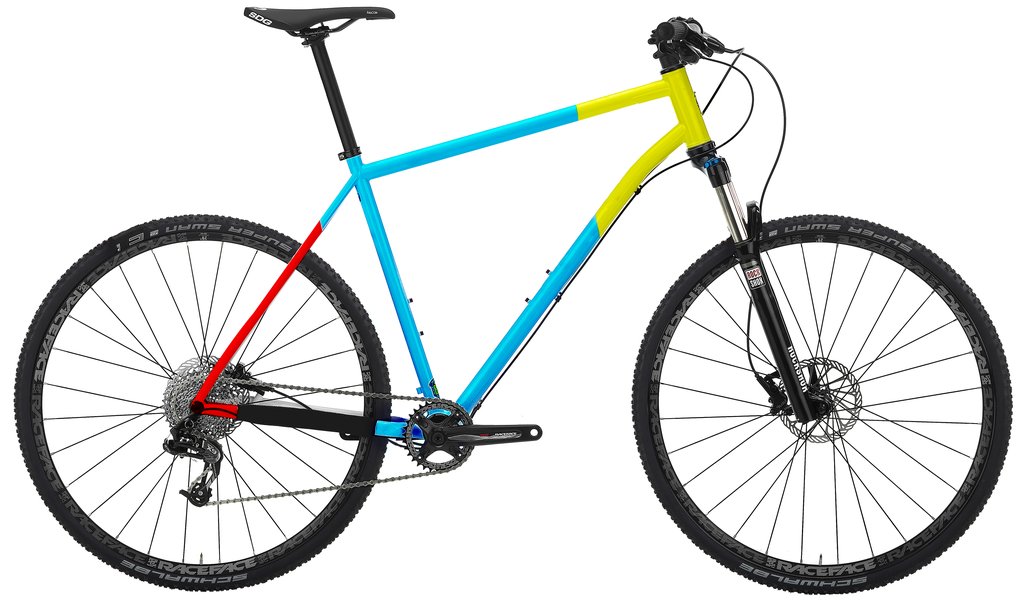 Since the move to Taiwanese production the brand has begun manufacturing a slack, low, and long 27.5- (minus) bike to answer the calls of today’s ultra-groomed bike park riders. This bike is designed to retain all the fun of previous park bikes, while reducing the speed and weight penalties caused by bigger tires. The bike is called the Minimus due to its no nonsense hardtail design and minimalist approach to fun.  A steel hardtail design allows maximum pop off of your favorite jump, cushion is provided by the long travel fork, all while the mid-size wheels wrapped in narrow tires mean you’ll scream from one feature to the next. 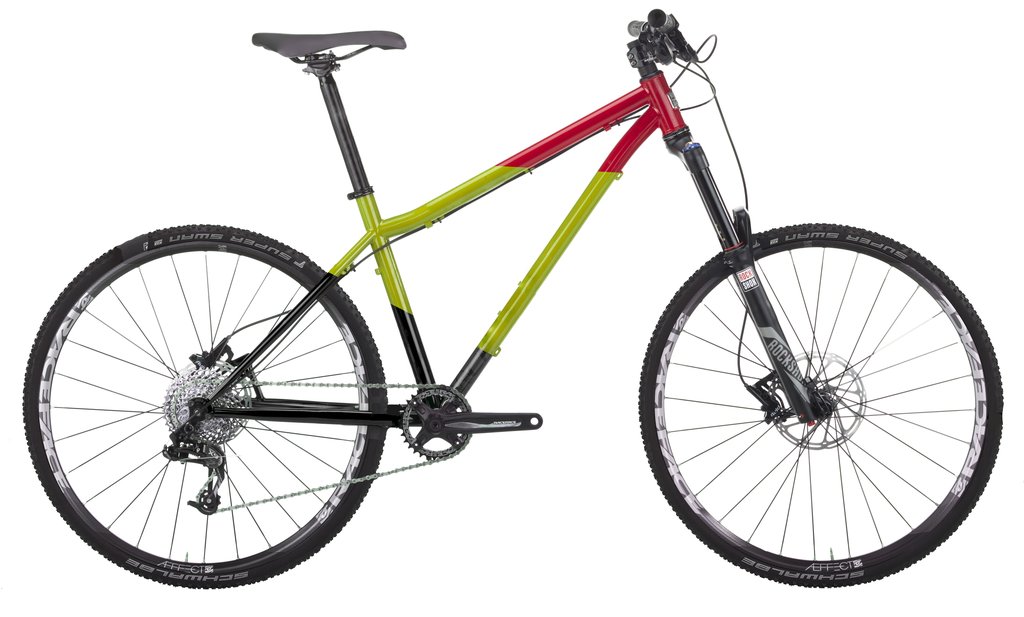 The builds are spec’d for varying price ranges and include the revolutionary skinny race tires as standard, referred to as “29 minus” and “27.5 minus” respectively. All science aside, the uphill speeds you can achieve on the skinnies are unheard of and are incredibly stable on perfectly groomed trails that mountain biking is known for. We wouldn’t be surprised if Parva Rota has inspired a new race standard that bleeds over into the rest of the industry.

Please join us in welcoming this revolutionary brand, focused on individuality and speed.

5 REASONS TO RIDE A RIGID BIKE

5 REASONS TO RIDE A SQUISHY BIKE

More bikes to solve problems I don’t have. That fat rear tire road bike means I need two sizes of spare tubes and tire irons, and a Kegs worth of co2. And is the front tire’s psi 90 and the rear 10? very Frankenstein.

We definitely were joking with this one. These bikes would handle terribly, and be such a pain to carry all the compatible tools to fix them. Cheers!